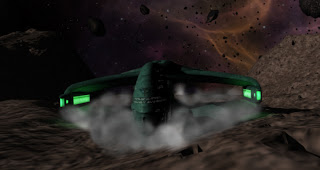 After its main impulse engine has been destroyed by a direct hit, a Romulan Warbird is about to crashland on one of the bigger asteroids in the dense field: 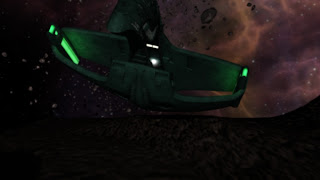 And here an animatic of the sequence:

Establishing Shot of Frigis' Surface, where the crew of the Enterprise will discover the Fifth Scroll, which was written by an ancient Garidian called the Lawgiver. 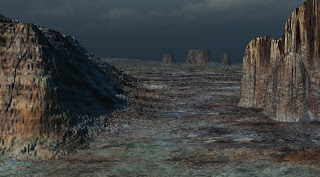 First Textures applied to the projector: 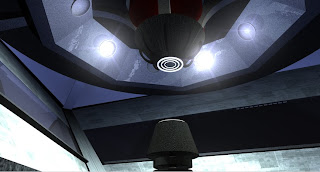 An update on the Chodak Rocket Launch shot. After researching the game for shots of Alanor I realised that Alanor had one moon, that looked like a Class M planet. Hence I changed the whole atmospheric setup to fit with the game. The illumination of the scene had to be changed in order to fit the light of the planet's moon.
I added a layer of Cumulus clouds to give the shot a little depth and size.
Here the updated version: 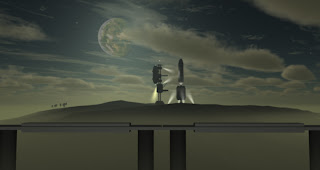 Today a first look at the design of the Chodak bridge. The aim was to make it feel alien. Over the years we have seen many different bridge designs in TREK. Many shared common elements like the center seat, consoles and the basic outline.
The Chodak bridge looks completely different. Again, official sources did never show the design of the bridge. The closest shot we got was in a cut scene from the game "A Final Unity" where Chodak Admiral Brodnack starts from the former Chodak homeworld Alanor, but again, this was just a 2D shot.
For the film I created a bridge inspired by a bridge design used in the STAR WARS KNIGHTS OF THE OLD REPUBLIC comic series. Two wide windows on the sides and a window at the bottom of the bridge, showing a fantastic view into space.
The Chodak do not have viewscreens, but rather use holgraphic emitters to project ship status, sensor data etc.
These shots show you the central emitter in the center of the bridge resembling the main viewscreen on the Enterprise. 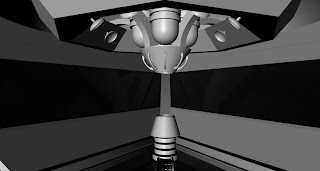 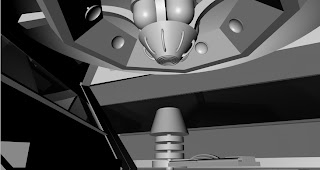 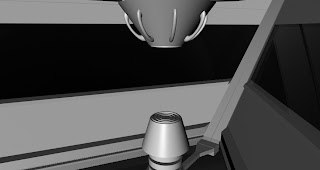 Here the meshes from the WIP picture:
You will notice, those are not very complex, but the camera in this shot is far away from them, so that you can only guess the details. It really works on screen (even on the big one). Since the source video did not give much away, I had to use my imagination to set this scene up. 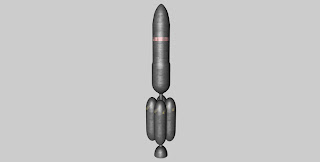 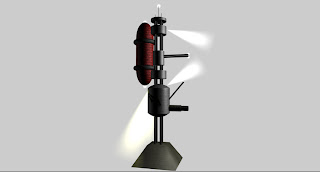 A premiere today. I aquired Ozone 4.0 a plugin for Cinema 4D which enables a lot easier work with atmospheric effects, includes a cloud simulator etc.

The first shot I am reworking is part of the "Chodak History Lesson" our heroes will watch on Allanor.

To give you an impression of how it will look like (this is a WIP shot, the final shot will be much more detailed of course): 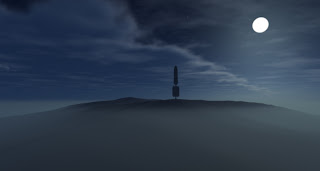 Although it was not included in the original shot of the game, I added the tower to make this shot feel more real: 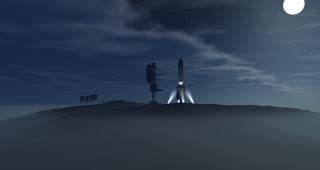 Lights have been added to the tower, also (not visible) textures: 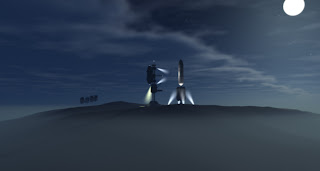 Texture has been added to the ground, bumping it up to create the look of rocks (saves RAM and looks decent): 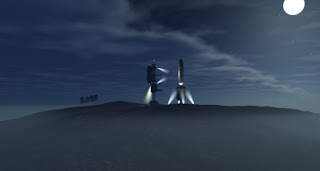 This shot features the triple solar system located in the center of the Unity Device: 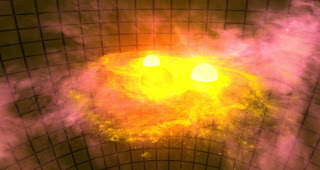 Used by Chodak Admiral Brodnack to save Captain Picard and Commander Pentara:
Texture to be completed: 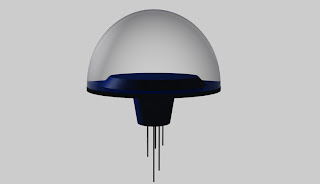