Further SFX shots of the Asteriod Battle. The Enterprise flies into the dense area of the asteroid field, while the Romulans are gaining on her. 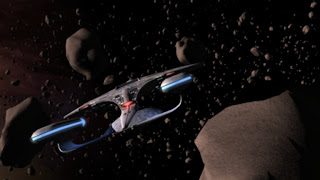 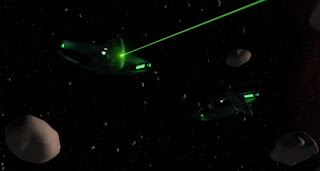 Outguned two to one, there is no other choice but to escape destruction.
In a desperate manoeuver, Captain Picard orders the Enterprise to enter an asteroid belt, which will provide additional cover, but also contains the risk of destroying the ship. 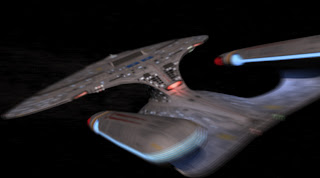 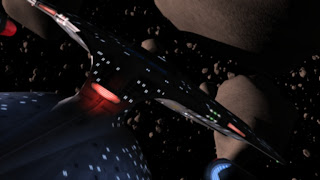 You will see the Enterprise performing stunts like you have never seen before! I always wanted to have a battle scene in the middle of a dense asteroid field. Image the sequence from STAR WARS EPISODE II in which Obi-Wan chases Jango Fett combined with the awesome close-up shots of the GENERATIONS space battle, and the dynamic of the battle from NEMESIS and you will get an idea how the sequence will look like!
Eingestellt von Xavier_Storma um 02:38 Keine Kommentare:

Another effects shot from the battle scene, showing the Asteroid Field in which the battle will take place. Stay tuned for further pictures and videos! 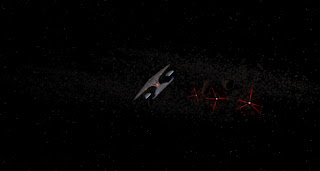 Final shot of the Enterprise's arrival at the Unity Device. 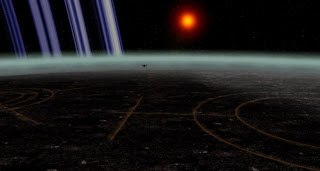 It took 3 days to make this shot. Recreating the perspective was difficult, as there has been no high resolution texture of the surface of the Unity Device.
The idea was that it would be a giant spherical machine, with accesspoints all over its surface.
Even in the original game shot you will notice the vast cities build on the surface.
The closest thing to it is the planet-wide city of Coruscant as seen in the STAR WARS movies.
I took it as a basic shape, looked at all possible screenshots and made a texture based on the circular cities as seen in the films.
You will also notice that the blue and green mountain-formations from the game are missing.
I tried adding them in some test-versions but it never looked right. It downsized the whole scene... the Device would look much smaller.

When the Enterprise now passes by, you get an impression of how huge this thing is.
Eingestellt von Xavier_Storma um 13:46 Keine Kommentare:

The SFX team is currently working on the Unity Device. All the locations from the game are being recreated in 3D.
We want to stay true to the game, so that the audience will recognize all locations and fans who played the game will feel "at home" watching the movie.

Shot of the Unity Device Surface, as seen in the 1995 PC game: 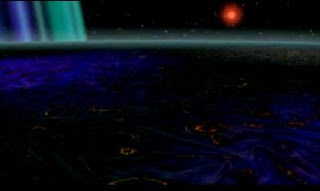 Recreation of the same shot from the movie project (note: Image not final version): 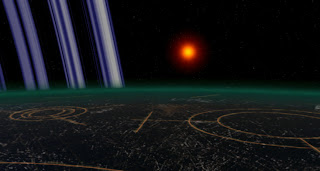