"It's been a long road..." literally. The work on the project started way back in 2007 and it has been a constant learning process ever since. That's why I just recently returned to some of the older shots and updated them with better meshes, illumination and animation. 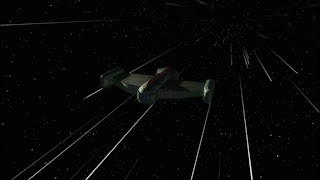 The Enterprise-D is probably the most famous and most frequently filmed starship in movie and TV history. Throughout the seven year television run of the series and STAR TREK - GENERATIONS, the ship was shown from all possible angles. The Galaxy-Class itself was even more featured in the TNG spinoff shows DEEP SPACE NINE, VOYAGER and ENTERPRISE.
So it is quite a challange to present something new. A fresh take on this famous design.
In A FINAL UNITY you will see the Enterprise, like you haven't seen her before, and just to give you an impression, here is a not typical warpout picture: 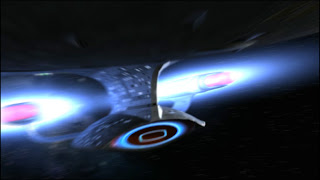